Redefining barbecue in the South.

"Barbecue is a way of cooking, not a type of meat," says Terry Sargent. At Grass VBQ Joint, his plant-based restaurant in Stone Mountain, Georgia, he's changing the hearts and minds of carnivores one "veef" brisket sandwich at a time.

Seven years ago, while he was working as a corporate chef in Atlanta, Sargent became a vegan for health reasons and spent his free time experimenting with meat- and dairy-free recipes. Looking for a challenge, he tried his hand at making barbecue that mimicked the real thing—sausage, "chic'n," brisket, and smoked jackfruit (a close stand-in for pulled pork). "It's a day-and-a-half process," Sargent explains. "Barbecue is a technique, and one thing I had to learn was patience."

In 2019, wanting other people to enjoy these cookout favorites, Sargent held a pop-up on the Fourth of July. When the food sold out in 45 minutes, he knew he was onto something. "We didn't have a website. All this was via social media and word of mouth," he says.

Soon after that, he landed a small stall in a food court and then a full-time spot at Orpheus Brewing. Early last year, Sargent moved into his current storefront, offering an expanded take-out menu around the time that many restaurants closed their doors. His scratch-made 'cue is smoked for hours then served with creative toppings (Roasted Vidalia Onion VBQ Sauce) and sides (Red Curry Coconut Greens and Stout Baked Beans).

"Some people will walk in and have no idea that it's vegan. Then they'll come back another day and say, 'Wait a minute. This is a vegan restaurant?' " Sargent says. "One guy said, 'Dude, I was born and raised in Texas, where we barbecue to death. This is by far the best I've had in my life.' "

Terry shared his recipe for Vegan "Boneless Ribs" with us. Get the recipe here. 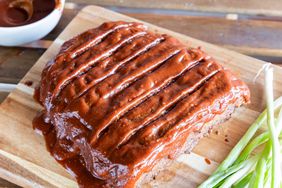 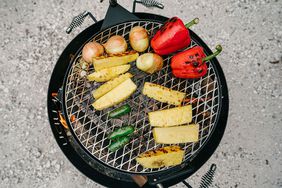 Steven Raichlen Wants You to Eat Your Veggies