PAID CONTENT
This content was produced by The Foundry @ Meredith Corp. Southern Living editorial staff was not involved in its creation or production.

How to Boost Your Metabolism
After 40

Lisa Kasica wanted to lose weight for her wedding and turned to Almased to help. 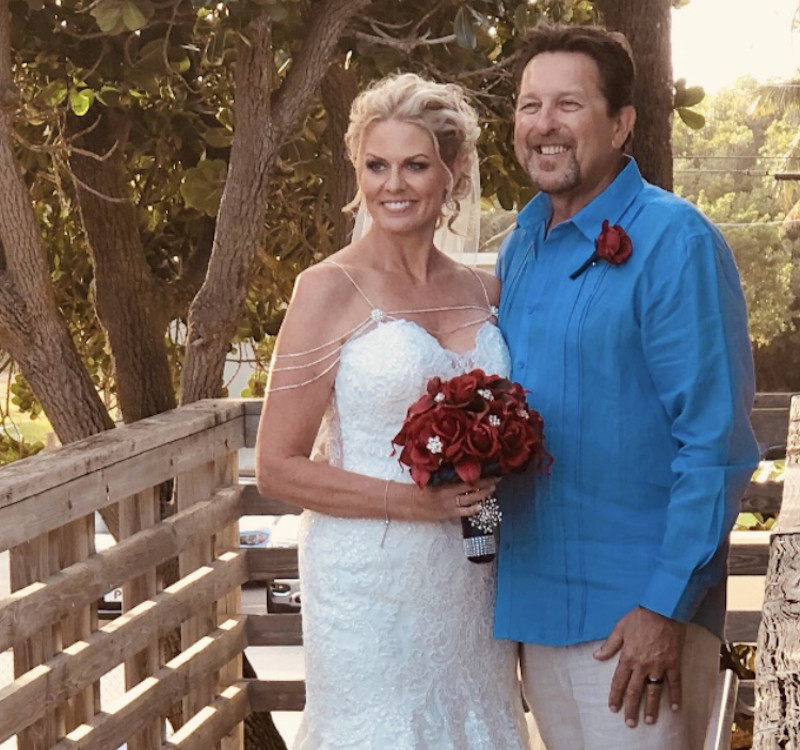 When Lisa Kasica began trying on dresses in the spring before her winter wedding, she had a sudden realization. While she knew she had gained a bit of weight, she hadn't realized how much. Simply put, she didn't look quite as good as she wanted. "I saw a video of me trying on the dress," she says. "My butt was so big. I thought, 'I want to look great.' I wanted to not look out of shape for my photos. I'm a tall person. I looked okay. I'm 49 years old. I know I'm not a spring chicken anymore, but I wanted to look elegant."

Kasica started going to the gym and trying high-intensity interval training. She was working hard and putting in the effort, but wasn't shedding pounds. She needed some help.

One of her major impediments to losing weight was, since she was over 40, her metabolism had slowed down. In her younger days, she stayed skinny without much thought, and, as a result, hadn't really considered how her dietary needs might be changing due to aging. "I used to be able to eat whatever I wanted in my 20s and 30s," she says. "I had bad eating habits because I didn't ever have to worry about it. But once you hit your 40s, it's like, 'ugh.' It's hard for men and women to keep the weight off."

When Kasica heard about Almased, she knew she wanted to give it a shot. The natural fat loss diet and weight loss shake program works to optimize the body's metabolism, which in turn leads to more energy production and calorie burning. While many factors go into someone's metabolism, current studies show that an Almased-based diet gives the body a metabolic advantage compared to a regular American diet.

Kasica started with Almased, drinking three shakes a day. She enjoyed the taste – they were nothing like some of the protein shakes she'd tried in the past after working out. She had them plain or added a bit of cinnamon or nutmeg. Kasica drank vegetable broth as well, all part of the simple-to-understand and easy-to-achieve Almased Figure Plan. She lost 10 pounds right away, and then another two after a short setback. "I wasn't an obese person," she says. "I just wanted enough to look nice and healthy for my wedding."

Kasica kept up the Almased regimen, maintaining her usual level of activity. When the big day came, she was ready. In late December, she got married on the beach in Jupiter, Florida. "This was my second marriage, but I never had to plan a wedding," she says. "It was a little stressful. I don't recommend it for everyone. But it was beautiful. We lucked out on the weather. It was perfect."

And, thanks to Almased and a boosted metabolism, Kasica looked amazing in her dress.

Results not typical. Individual results will vary based on starting weight and program adherence. Consult with a physician before starting on any weight loss program.

© Copyright . All rights reserved. Printed from https://www.southernliving.com
this link is to an external site that may or may not meet accessibility guidelines.