Barbara and Jenna spend the day with SL in sunny Florida, where they open up about their unmistakable bond, powerful friendship, and why their hearts are still in Texas.

Krissy Tiglias
Krissy Tiglias is the General Manager of Southern Living. She joined the team in 2015 as Executive Editor, and has been working on both both print and digital content ever since.
Southern Living's editorial guidelines

"I wouldn't be who I am today if it weren't for my sister. I had a built-in playmate and best friend from the day I was born," says Jenna Bush Hager. Any woman with a sister—or a dear friend who's like a sister—can relate. On the surface, the 34-year-old fraternal twin daughters of President George W. and First Lady Laura Bush seem very different, but their connection to one another runs deep. Both love books, the outdoors, the Texas Rangers, Mom's cheese enchiladas, and their Southern roots. And when they share memories of their Texas upbringing, it's as if those memories happened yesterday: Sunday morning services at Highland Park United Methodist Church in Dallas, followed by huge waffle breakfasts at the old Roscoe White's; 108-degree summer nights sitting behind the batter's box at the Dallas ballpark; weekly dinners at Manuel's Mexican restaurant on Congress Avenue in Austin. "When we were growing up, our lives were centered on our family and our friends," Barbara explains. While the sisters live very different lives, they stay connected and talk often throughout the day. Both girls currently call New York City home, residing only four blocks apart, so they remain close. "We talk at least 10 times a day," admits Jenna. And their continuous string of text messages, which Mom is also often a part of, ensures they never lose touch.

On the morning of the SL photo shoot, Barbara is the first to arrive, sliding through the front door of the pale yellow cottage precisely on time at 6:30 a.m. She greets everyone with her warm smile and those bright blue eyes. "Anyone who meets Barbara adores her," says Jenna. That's no exaggeration. There's something about Barbara that reminds you of someone you know—maybe a favorite cousin or a best friend from high school. She wears a black-and-cream floral dress and a gold collar necklace. Barbara describes her own style as clean, simple, and feminine. She's had a lifelong love affair with fashion, taught herself to sew at age 12, and was voted "most likely to appear in Vogue" by her high school classmates. "Barbara has great fashion sense," says Jenna. "I was the one stealing clothes from my sister's closet."

Several minutes later, Jenna—with her radiant smile, wide brown eyes, and girl-next-door persona—bounces in: "Sorry, I had to get the kids set for the day!" Jenna has the public eye in her blood. But that addictively funny, genuinely engaging streak is entirely her own. "My sister brings such a spirit to her life," says Barbara. "I laugh at everything she says. She has taught me that you can make any situation fun and exciting and also meaningful."

Jenna wears cutoff jean shorts and a white peasant blouse to our shoot. Her blond hair is wrapped in a messy, loose bun. She says her style is a little tomboyish: "I'm happiest in jeans and a tee. It's the Austin, Texas, in me." She admits that working on the Today show has forced her to embrace a more feminine side and gives credit to her sister for teaching her to "appreciate the girly." She locks eyes with "Sissy," one of the many nicknames the sisters have for each other, and they share a story from a family dinner the night before. When they break into one of their frequent bursts of laughter, it's almost impossible not to laugh along with them. The sisters' energy is contagious.

Barbara and Jenna were born on November 25, 1981, in Dallas. The girls were named after their grandmothers—appropriately, in alphabetical order. Barbara, who is one minute older, was named for her paternal grandmother, former First Lady Barbara Pierce Bush. Jenna was named after Laura's mother, Jenna Hawkins Welch. Growing up, Barbara was the more creative spirit who loved painting and dancing. "Barbara would be working on an art project, and I would be outside riding my tricycle in circles on the driveway," says Jenna. "I was a curious kid," admits Barbara. "I loved reading about places in the world and learning about style and design." By seventh grade, she was designing and making some of her own clothes—including the lightweight sheath dress she wore to her eighth-grade graduation. At one point, Barbara even thought her future might include a career in design. She entered college majoring in architecture and worked with fashion brands Lela Rose and Proenza Schouler. As a child, Jenna loved spending time outdoors. "Some of my favorite summer vacations were weekend getaways at our lake house in Athens, Texas," she recalls.

"We stayed in a two-bedroom cabin that didn't have TV. We read, played outside, and took nighttime walks with Dad. That was the best."

While her twin headed to the North for college, Jenna decided to stay in the South, where she majored in English. She is a creative writer, imaginative thinker, and passionate educator.

In 2008, Jenna married Henry Hager in an outdoor ceremony at her family's home in Crawford, Texas. They're raising their two daughters with strong Southern values, which Jenna says, "just happens naturally." Margaret Laura "Mila" is named for the child's two grandmothers, while little sister Poppy Louise is named after Jenna's paternal grandfather. "I want my kids to be kind," she says. "I want them to put others before themselves." Then she smiles and adds, "I also want them to know about Willie Nelson, Kenny Rogers, and Johnny Cash—and, of course, ‘Aunt Dolly.' We always dance around the house to Dolly Parton."

Most importantly, Jenna wants her daughters to know how lucky they are to have one another: "The minute Mila met Poppy, she was in love with her. Mila knows Auntie Barbara is Mommy's best friend. And I know it's a gift to be able to go through life holding a sister's hand. 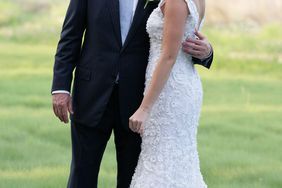 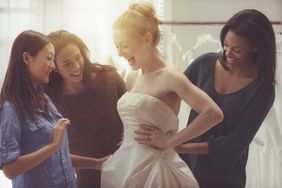 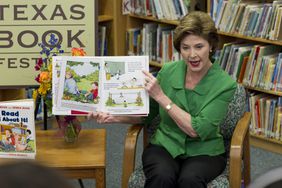