“Everybody loved you, but I doubt many of them loved you more than I did."

Dolly Parton joined the cast of Call Me Kat for a surprise tribute to Leslie Jordan during the show’s winter premiere last week.

Parton, who was featured on Jordan’s 2021 gospel album Company's Comin', began the tribute by singing part of their duet, "Where the Soul Never Dies.”

"Usually at a memorial, people talk about somebody. Well, I'm going to talk to you, because there is that place on the other side, and I'm certainly going to see you there, little brother,” Parton said in an emotional message to her late friend. “You left a lot of people here with a lot of precious, precious memories. Everybody loved you, but I doubt many of them loved you more than I did."

Jordan’s character, Phil, was written off the Fox sitcom after his sudden death in October. Phil was a baker at a cat café run by Kat, portrayed by producer-star Mayim Bialik.

Call Me Kat’s winter premiere ended with the show's main cast addressing the audience about their loss of their friend and co-star and the decision to have Phil exit the show by moving to Tahiti with his partner.

"What we've done here is give Phil a happy ending. What we're really doing is mourning the loss of our dear friend, Leslie Jordan," Bialik explained. "He is irreplaceable. We will miss him very much. Love, light, Leslie."

Jordan, who was born and raised in Chattanooga, Tennessee, won a primetime Emmy in 2006 for his performance as Beverly Leslie in the TV show Will and Grace. He died on October 24 at the age of 67. 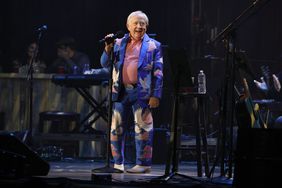