Here's Why Southerners Refer to All Soft Drinks as 'Coke'

The whole soda vs. pop vs. coke debate is bigger than any of us. And this battle over regional words rages on. Offer a Texan "pop," and he might throw his hat at you and the horse you rode up on. Why do we call our soda pop coke? According to texashillcountry.com, native Texans (like most native Southerners) call all soft drinks "coke"—a generic use of Coke, as in Coca-Cola, invented in Atlanta. Ever since we popped the first top on that refreshing Georgia sipper, we've been loyal to the Coke brand, even slapping it on other drinks like Sprite and Dr. Pepper. Hence, you'll sometimes hear an only-in-the-South exchange that goes like this:

You can actually study the science behind our beverage speak. Cartographer, Alan McConchie, began collecting data on who says what and where and used it to create a color-coded map. To this very day, you can go there and answer McConchie's burning question: "What generic word do you use to describe carbonated soft drinks?" The results are reflected on the map, with pink the designated "coke" color. The South is mighty pink.

We've even rubbed off on some non-Southern neighbors, casting our rosy hue on states like Indiana and New Mexico. According to the map, the 'pop' people are mainly concentrated in the Midwest and Northwest, while the 'soda' speakers live in the Northeast, Southwest, and pockets in between. Most Southerners, meanwhile, tend to call any soft drink a 'Coke,' no matter what brand they're sipping." (Aside: There appears to be a soda pocket in St. Louis, even though it's deep in pop territory.)

Check out some of McConchie's Southern numbers:

So if you're a Northern tourist passing through the South, and somebody offers you a coke, just remember—your options are wide open.

What could be more Southern than a Coke? Maybe a fluffy, golden homemade biscuit, fresh out of the oven. And maybe a little dollop of Mama's blackberry jam.

The Complete Guide to Magnolia Trees 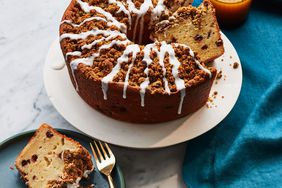