Our favorite zingers from a movie that's slap full of them.

The 2002 hit movie Sweet Home Alabama stars Reese Witherspoon as Melanie Carmichael, Josh Lucas as Jake Perry, Patrick Dempsey as Andrew Hennings, and Candice Bergen as Mayor Kate Hennings—Andrew's intimidating and oftentimes controlling mom. While you might think this all-star cast is enough to secure blockbuster success, it is really the script that the film is best known for. Sometimes cheesy ("What'd you want to marry me for anyhow?") and sometimes razor-sharp ("You can't ride two horses with one ass, sugarbean"), it always captures that unmistakable charm of something said with a Southern accent. For that reason, it has climbed the ranks as one of the most quotable movies out there. We gathered some of our favorite lines from the movie that gave us gems like, "Look at you, you have a baby... In a bar." And we absolutely can't forget, "Some people might call 'em spoiled, but I think that these almost ruined ones sometimes make the sweetest jam." Talk about subtext. We watched and rewatched (it's research!) Sweet Home Alabama to gather the absolute best quotes from the funny, romantic, and sometimes even poignant film.Here are our favorite quotes from the movie Sweet Home Alabama.

Young Melanie: "Why would you want to marry me for, anyhow?"

Young Jake: "So I can kiss you anytime I want."

"You expect me to tell you look good? What, did they run out of soap at the Piggly Wiggly since I left?"

"Some people might call 'em spoiled, but I think that these almost ruined ones sometimes make the sweetest jam."

"You can't ride two horses with one ass, sugarbean."

"The truth is I gave my heart away a long time ago, my whole heart, and I never really got it back."

"Careful, you just killed the state bird of Alabama!" 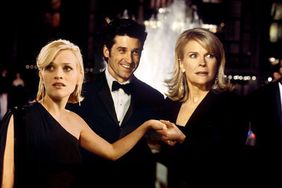 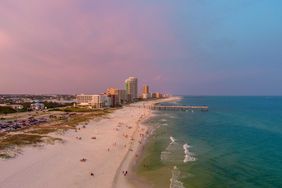 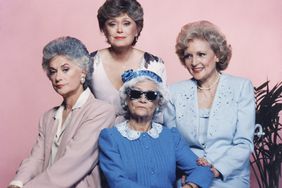