Steel Magnolias may have an all-star cast, but the real star of this Southern classic is friendship.

Steel Magnolias started as a play before being turned into a movie back in 1989 (and again on the Lifetime network in 2012) was billed as "the funniest movie to make you cry" and it delivers on that promise by doling out tears and laughter in equal measure. The movie revolves Truvy's Beauty Shop in small town Louisiana, where M'Lynn (Sally Fields) and her daughter Shelby (a pre-Pretty Woman Julia Roberts) get their hair done by Truvy (Dolly Parton) and Arnelle (Daryl Hannah) alongside Clairee (Olympia Dukakis) and Shirley MacLaine's cantankerous Ouiser. Amid the hair dye and nail polish the bonds of very strong friendship are formed. The women's relationship transcends age and class, weathering thick and thin, Arnelle's changing hair, Shelby's failing health, and Ouiser's wicked one-liners.

Beyond the joys and sorrow, though, the story is truly a meditation on friendship and how the relationships that we build—in our neighborhoods, at work, or at the beauty salon—are what sustains us through life's highs and lows.

Here are 14 things we learned about friendship from Steel Magnolias.

1. Friends are there through the good and the bad

That goes for life, death, and hairstyles. True friends stand by each other in rough times, and hopefully help ease the burden a little and maybe, just maybe, get you laughing at a funeral.

2. The bonds between friends are powerful

Even more powerful than the bond between a woman and her luggage. "You know I love you more than my luggage," Clairee told Ouiser, and that means a lot.

3. Sometimes the worst enemies are also the best friends

Ouiser and Clairee prove this perfectly, time and time again. "You are evil, and you must be destroyed," Ouiser tells Clairee at one point, and Clairee doesn't bat an eye before good-naturedly replying, "Mother Nature's taking care of that faster than you could." They're perfect for each other.

Honesty Matters, and So Does Style

4. The best friends are the ones who will be honest with you

"Honey, time marches on and eventually you realize it's marchin' across your face," said Truvy, and no one wants to hear that they're aging, but it's completely true. Good friends always tell you the truth whether about the fact that their hair looks like a "brown football helmet", or that their football color commentating stinks.

5. Friends understand the importance of beauty and fashion

"The only thing that separates us from the animals is our ability to accessorize," Clairee sagely told Arnell.

6. Friends don't need to put up facades in front of each other

Sometimes you don't want to be sweet and friendly, you just want to be yourself. After all as Ouiser said, "A dirty mind is a terrible thing to waste," or as Clairee put it, "If you can't say anything nice, come sit by me."

7. You can talk about anything with your friends

When Arnell first arrived in town, she was silent about her mysterious past, telling the women at the beauty shop, "I can't talk about it." Their friendship was sealed, though, when Truvy and Clairee said in unison, "Of course you can!" And she could, which was the basis of a life-long friendship.

Friends Understand When to Help

8. Friends always want to know what they can do to help

When a friend is in need, the community gathers around to help in whatever way they can whether it's an invitation to a wedding, a slice of "bleeding armadillo" cake, or giving a grieving mother a chance to slug Ouiser in the face.

Think Ouiser would let Owen Jenkins park his Mercedes Benz in her garage, if Shelby hadn't invited him to the Christmas party?

10. There's no use in trying to keep secrets between friends

Whether it's a pregnancy, an "affair with a Mercedes Benz", or a kidney donation, friends can't keep secrets from each other—and shouldn't bother trying.

Authenticity Is a Crucial Ingredient

The women all loved Ouiser even though she admitted that she had "been in a very bad mood 40 years." Her grouchiness was simply a part of her, and her friends accepted it graciously, like Clairee asking, "Ouiser, you sound almost chipper. What happened today—you run over a small child or something?"

12. You don't need to have the same interests as your friends

Ouiser and Clairee were great friends, even though Clairee's idea of fun was a weekend checking out the Broadway shows in New York City and Ousier, well, this is what she had to say about that, "I don't see plays, because I can nap at home for free."

13. Friends influence each other in unexpected ways

Like when god-fearing Annelle unexpectedly delivers a snarky comeback to Ouiser, and Clairee smiled proudly, "Very good Annelle, spoken like a true smartass."

14. Friendships are the most powerful thing in the world

Friends can carry you through the toughest moments in life and have you come out laughing on the other end, or as Truvy said, "Laughter through tears is my favorite emotion." 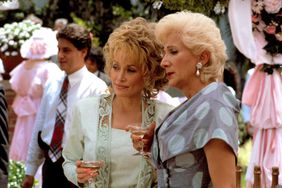 10 Times We Wish We Had Clairee's Fiery Wit 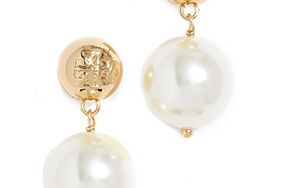 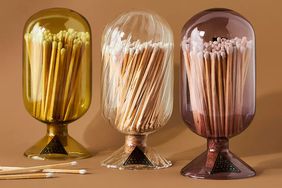