Smocking: the great Southern signifier. Chances are if you see a young toddler or baby in smocking, the parents are Southern. Whether at a place of worship, a birthday party, or even a football Saturday, smocking is something Southern parents hold dear, just like jon-jons, bubbles, and Peter Pan collars. Like needlepoint, an embroidery craft that hit a meteoric rise during the pandemic, smocking seems to be more prevalent than ever. But why?

A Brief History of Smocking

Says Sarah Collins, professor of fashion at Savannah College of Art and Design, smocking is a way of manipulating fabric into pleats, and can also refer to the art of embroidering on pleated fabric. "It was used in childrenswear and menswear to create loose outer shirts or outerwear garments," she explains, noting that the technique dates back to the Middle Ages and is closely associated with Great Britain's Victoria era. "The aesthetic movement that was championed by Oscar Wild encouraged women to forgo the corset, and looser gowns became more popular," she says. "Smocking was a way to fit a garment to certain areas of the body while letting the fabric flow in other areas."

It lost its appeal nationally somewhat in the mid-20th century, but was revived in the 1970s. "That's when handcrafted items became popular," she explains. "While smocking goes in and out of style for womenswear, it has remained popular in childrenswear, especially in the South."

Collins notes that the South was predominantly settled by British colonists and smocking was very important to the British. That influence, plus the fact that the South remained relatively homogenous than other parts of the country, kept Southerners firmly in the "yes" camp for smocking. "The fashion trends were not as influenced by a variety of global cultures [in the South], which extended the British-influenced trends longer than in other areas," she says.

Lisa Hawkes, the designer of Pink Hollybush, a line of children's smocking patterns and a former president of the Smocking Arts Guild of America, says this also has to do with practicality: "Smocking is traditionally done on thin fabrics such as batiste or lawn," she says. "A batiste dress or short jon-jon is cool and comfortable and thus more practical in the Southern heat than in other areas of the country where the time frame to wear these types of garments is limited by the weather."

A Respect for Tradition

"Southerners have a greater respect for history, tradition, and the story behind a tradition," says Hawkes. She notes that Southerners hold onto "proper" things like etiquette classes for children as well to carry on traditions of respect, and that includes traditional dress, like jon-jons, and bishop dresses, a popular puff-sleeve smocking dress style for little girls.

Laura Jenkins Thompson, a Charleston, South Carolina-based smocking designer, teacher and author of Perfecting Picture Smocking: The Secrets to Successful Stacking says that the respect for tradition, hot on the heels of the handcrafted movement, only heightened in the '80s when wildly popular Diana, The Princess of Wales, put her two little boys in traditional outfits, some of which included smocking. "Everyone wanted to learn to smock then," she says.

Many now-grandparents kept those traditional garments or retained the skills to make those traditional garments, and can pass them on to their children, says Jenkins Thompson. It's a full-circle fashion moment for many parents and grandparents who love the look of smocking. "Smocking pieces are heritage pieces that can be passed down," she says, mentioning that it plays right into a Southerner's proclivity for tradition.

Hawkes, along with several others, said that smocked clothing also allows "children to look like children while they are children," she says. "There will be plenty of time for that child to dress like an adult."

Mary Milligan, the owner of online children's boutiques Southern Smocked Company, Stelly Belly, and Little Magnolia Clothing Company, agrees. "We have the chance to dress them while they're still little," she says. She always dressed up her girls–who have outgrown smocking now at ages 8 and 10—when they were younger, anytime they left the house. "I tried to always dress them in their best," she says.

She says that the rise in popularity of children's photography might have something to do with the obsession, too. "Moms and dads love to take pictures of their children, and you're trying to savor and capture those special moments," she says. "Dressing them in a nice smocked outfit makes it all the sweeter."

Blake Leverett, an Augusta, Georgia-based mom of two, says she dressed her children in smocking not only because she's a lover of history and tradition, but because there's a tone of innocence and timelessness in the styles that she likes. "They have their whole lives to follow trends," she says. "Let them be little! You have few years before they start asserting themselves in the fashion department, so take advantage while you can," she says. Collins perhaps sums it up best: "Southerners who have been in the south for multiple generations have pictures of their great-grandparents, grandparents, and parents wearing smocked clothing as little kids, so they put their own children in smocked garments. It seems like a rite of passage for Southern children." 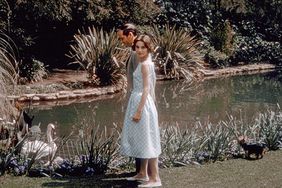 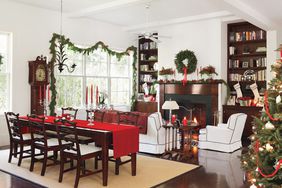 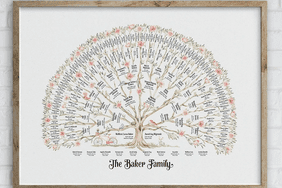 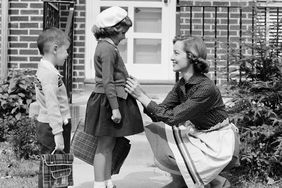 The Back-to-School Outfit Is a Ritual Worth Keeping