"This movie has a real nostalgia to it."

Nearly 20 years after she stole our hearts as Allie Hamilton in The Notebook, Rachel McAdams is bringing another literary classic to life.

McAdams stars as Barbara, the well-meaning mom to title character Margaret, in Lionsgate's upcoming movie adaptation of the 1970 Judy Blume novel Are You There God? It's Me, Margaret.

The 43-year-old mother of two recently spoke to The Hollywood Reporter about bringing the beloved coming-of-age tale to theaters, and how the story remains funny and relevant all these years later.

"There's still something very romantic about going to the cinema and this movie has a real nostalgia to it," McAdams said. "As much as it's relevant to today, it's still set in the '70s, so it makes sense in that respect. And it is such an event, as well. Judy Blume had never found the team that she wanted to take this project on. And, 50 years later, she felt ready."

Though Barbara had more of a supporting part in the book, McAdams described her role in the film as "a little bit more developed." She said that director Kelly Fremon Craig "drew a mother that was on a parallel journey with her daughter and trying to be a mom, but also be a person."

In 2020, Fremon Craig and James L. Brooks acquired the rights to Blume's seminal novel about a sixth grader who prays for help as she navigates puberty.

"I knew when I met Kelly and Jim, I was incredibly lucky to have them heading up Team Margaret," Blume said in a statement at the time. "With Lionsgate's early and continued enthusiasm for the project we all feel Margaret has found the right home. After 50 years it's about time!"

WATCH: Kathy Bates to Play Grandma Sylvia in Film Adaptation of Judy Blume's Are You There God? It's Me, Margaret

McAdams told The Hollywood Reporter that having her own daughter made playing the role of Barbara even more meaningful. She said she hopes the movie helps audiences feel more comfortable about their own awkward adolescences.

"I hope there's, above all, a feeling of togetherness and community and feeling, as women, like we're all on the same team. That there's nothing you can't talk about with each other," she said. "Movies are such a great way to get the ball rolling at the dinner table. I hope that it fosters conversation and a feeling of not being alone."

Are You There God? It's Me, Margaret, starring Kathy Bates as Sylvia and Abby Ryder Fortson as Margaret, is currently in post-production. It is scheduled for release on April 28, 2023 . 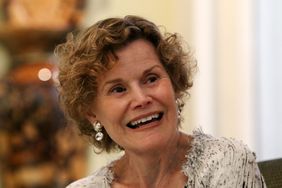 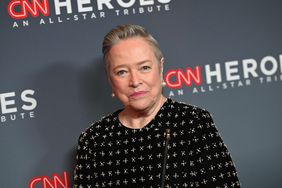 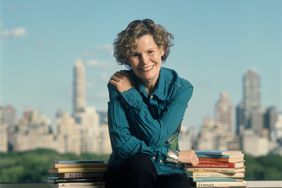 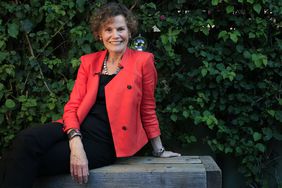