Reasons Why Dogs Are So Loyal

Find out why your dog really loves you unconditionally.

Loyalty: faithful to a person to whom allegiance or affection is due.

If you think of your dog as being man's best loyal friend, you're got 13,000 years of science on your side. That's when archeologists first found buried dog bones near human settlements. They theorize that man and dog lived together in harmony once wolves evolved into dogs. And once they started befriending one another, their connection was inextricably—and forever–linked.

"Most dogs will love you no matter what," says Dr. Sara Ochoa, a Texas veterinarian and consultant for DogLab. "If you are late on feeding them or do not come home on time, they still love you just as much.

Dr. Ochoa says that's because most dogs will do anything to make their owners happy. "They are usually very obedient and live to please their owners." This is why most of us think dogs are loyal—and of course, we're right.

Where do dogs get their loyalty?

Since dogs are pack animals directly descended from wolves, they prefer to hunt, eat, sleep, and live with a pack. They're social creatures and once they became domesticated that pack became us, humans.

If you're ever spent some time training your pup to sit, speak, or stay, you know they want to please you—their pack leader–just as wild wolves want to please their alpha top-wolf.

"I do find that this stems from their genetics," says Dr. Ochoa. "If you are part of their pack then they will help take care of their group members." They were bred to think loyalty will keep them alive and if they are loyal to their leader, they will be fed, cuddled, loved, and sheltered.

Are some breeds more loyal than others?

Most all dog breeds are very loyal. But Dr. Ochoa says a few are standouts in the loyalty department. "Dogs such as Chihuahuas, boxers, and labs are very loyal to their owners." But that said, any dog breed can be loyal, and some dogs may never have had the benefit of a true pack may have not really developed a loyalty beyond themselves. But that's probably the exception rather than the rule.

Are dogs loyal because you rescued them?

Many owners may think that their dog only really loves them so unconditionally because they adopted them, "rescued" them, or even in some cases, removed them from poor conditions to give them what they know today as a wonderful home. But that may be more of a human trait we place on them.

"I think most dogs are very excited and grateful that they are now part of a pack and seem like they are more loyal because they were adopted but I think that they would be just as loyal if you got them as a puppy vs. rescued later in life," says Dr. Ochoa.

Loyalty is just a part of their survival instincts, its inbred into their genealogy and now that the pack they live within is a nuclear family (of humans) no matter if that is a family, a single, a couple, or a house full of roommates, dogs prefer the company of their pack and understand innately that a pack is a successful way of life together.

So, the next time you muse over how loyal your canine companion is to you, remember that you are his pack leader and that's a loyalty that comes from thousands of years of fundamental evolution. Still, it's awfully nice, right? 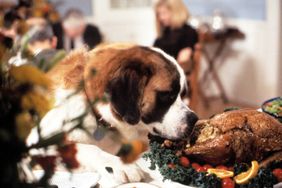 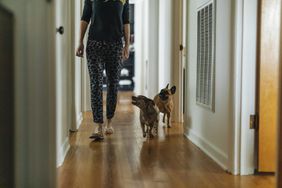