In your uncertain 20s, consider the responsibilities before saying yes to a furry companion.

It all started when I was 22, about two months after moving to Birmingham, Alabama. I was sitting on a park bench, writing in my journal, when a big, clumsy lab with soft white fur trotted up to me and nuzzled his head in my lap. The dog's owner chased after him and apologized. "It's no problem," I said, patting the dog's temple. As I watched the owner and his lab recede on the park path, I jotted a note down in my journal: "Maybe I should adopt a dog."

From that day on, pangs of fleeting love for animals I met on the street developed into a slow yet persistent urge to care for a dog of my own. Objectively speaking, I knew that adopting a dog would not be wise. I love to plan spontaneous road trips, a task complicated by having another living being in your sole care. To adopt a dog would be to take on a substantial amount of responsibility—it's a decision to be thoughtfully considered at any point in life, let alone a time of such intense fluctuation and uncertainty as your 20s. According to my mother, parenting a dog when I had little else figured out would be an "irresponsible decision."

But even after six months, my desire for a pet companion has not waned. It burns like a trick candle somewhere in the back of my mind. Every time I try to blow it out (having a dog would be so expensive! I'd have to walk outside in the rain!), I see a leashed beagle trotting down the street and the flame swiftly reignites. The mere sight of a corgi in a sweater can make me throw all my logical inhibitions out the window and map a drive to the nearest shelter. Is this the early-20s version of baby fever?

To better understand my impulses, I talked to a few friends who faced the same dilemma—and gave in. "Three days after turning 23, I adopted my 4-year-old dog, Ruby," says Clare Ubersax, who moved to Birmingham, Alabama, following her college graduation. Like me, Ubersax hesitated to take on the responsibilities of pet ownership. She writes, "Part of me knows that adopting a dog only six months into working my first job and still without a 401k account was an irresponsible decision, but I also already know it has been one of the best decisions I've ever made for my health and happiness."

For many, their early-20s involve moving to a new city, making new friends, and transitioning from the relative freedom of university life to the workday structure. Adopting a dog or cat has many benefits and responsibilities, so considering this decision before finding a furry companion is very important.

The Benefit of Companionship

Your early 20s is a time marked for many by loneliness. Having a constant animal companion can help alleviate some of those feelings. Ubersax has found that Ruby encourages her to be more active and social. "She's the life of the party anywhere I take her, and she's made me more social in a city that I just moved to."

An animal friend can provide steady, silent companionship even when you're not social. A few months ago, Nancy Wenger adopted her tabby cat, Fizzy. "Coming home to my cat always puts a smile on my face even when I'm not feeling energetic," Wenger says. "Lazy days at home are never lonely because she'll always want to play or cuddle together."

The Benefit of Socialization

When it comes to the responsibilities of dog ownership, Ubersax notes that the constancy Ruby brings to her life has only made her more productive. "As someone who lives and breathes by routine, my days have become more happy, energetic, and active having Ruby to brighten several moments in my day. My alarm clock is her wet nose pressing against my hand, my after-work slump is eliminated by taking her for a sunset walk, and my evenings are spent watching Parks and Rec with her body perfectly fitting in my scrunched legs on the couch."

Although parenting a dog may sound idyllic in some senses, there are still many practical matters to consider. Ivy Odom, Meredith Test Kitchen Professional and star of Hey Y'all, says that there were many things she didn't think about before adopting Basil, a 3½-year-old Shar-Pei mix. "I spend more money on her than I do myself," Odom says. "There's a big financial burden that people wouldn't necessarily think about." From all-natural dog food that seems to get more expensive each week to boarding fees, veterinarian bills, and even dog insurance, dog ownership comes with its fair share of hidden (and not-so-hidden) costs.

At 26 years old, Odom bought her first home in Birmingham, and Basil played a large part in that decision. "She is really the underlying reason why I bought the house I did because it had a fenced-in yard and space for her to play."

The one factor Odom didn't consider? "I'm never going to be able to sleep in again," she laughs. Ultimately, Odom says that she has never regretted adopting Basil. "It's great training for when you eventually want to invest in other humans. It teaches you to be more selfless."

The Benefit of Accepting Change

Maybe owning a pet can even help ease the weight of the newfound pressures of adulthood. According to Ubersax, having Ruby by her side "makes the hard stuff of my transition into adulthood like working long hours and paying bills feel a whole lot easier and lighter." Wenger shares a similar sentiment: "Above all, it's fulfilling to have the responsibility of giving her a good life and taking care of her. With so much in flux in your 20s, having a pet can be a stabilizing force." 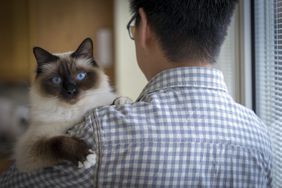 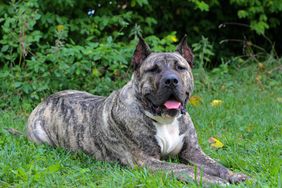