Charles Dickens once said, "What greater gift than the love of a cat." The problem is that not all cats love people. Sure, cats can be devoted little pets and gentle companions, but while dogs are simply dying for affection, some cats seem absolutely disinterested in human interaction, let alone, affection. While some cats absolutely adore sitting in their human friends' laps, others are happier sitting on the opposite side of the couch, ignoring you until dinner time.

When you adopt a cat, you typically have no idea about the personality of the kitten you're bringing home. The experts seem to agree, though, that there are specific breeds that are more likely to be lap lovies and cuddle bugs. While there are no guarantees in life or cat personalities, if you're looking for an affectionate cat, here are ten of the best breeds to choose.

If you have ever wanted a cat you can train to do tricks or walk on a leash, a Tonkinese is a good choice. According to Vet Street, it is "not uncommon for a Tonkinese to ride on your shoulder." A blend of Burmese and Siamese cats, the Tonk is playful, gregarious, loves gentle kids, doesn't mind pets, welcomes strangers, and is incredibly happy to sit in a lap for hours. A perfect pet for a family or anyone who wants a good feline friend.

These oversized cats are bona fide cuddle bugs. While males can tip the scales at around 20 pounds, according to the Veterinary Centers of America, many of them act like they are tiny lap kittens. "They truly have no idea of how big they are as they try to ease into your lap or your bed," Teresa Keiger, breeder and Cat Fanciers' Association (CFA) judge, told RD.com. Basically, these gentle giants are jumbo lap warmers with adorably quirky personalities and loads of charm.

With their gorgeous blue eyes and soft long hair, these beauties are excellent companions for humans. Whether you feel like playing or need a friend to sit quietly with you, Birmans are always ready. Plus, according to Rover.com, the pet care site, they love to be petted and are incredibly affectionate, sensitive, and loyal. PetMD dubs Birmans as "the feline epitome of that theme song from the Friends television series: I'll be there for you!"

Persians have a reputation for being a high maintenance breed, but don't let the fact that their coats require a lot of grooming put you off from this friendly breed. According to Cat Time.com, they are "affectionate but discriminating," loving their family but a bit standoffish when it comes to strangers. Rover.com says that once these fluffy creatures get to know you, they are determined to be your "best feline friend for life."

Want a Loving Companion? Seek Out These Cat Breeds.

If you're looking for a furry friend, well, a Sphynx cat isn't furry. The hairless breed may not have a fuzzy mane, but according to Base Paws, they have other desirable traits: They are smart, energetic, and playful, they get along well with other animals, and they love to curl up in a warm lap.

Russian Blues are beautiful cats and according to the Cat Fanciers Association, this breed is known for creating strong bonds with their own humans. Like many people we know, Russian Blues can take a while to warm up to new faces and can be wary of strangers. Once you're in their family, though, Blues will become devoted little pets.

These easy-going cats are as happy exploring the outside as they are sitting on a lap getting attention. Plus, they are one of the few cats willing to be walked on a leash, making it easy for anxious humans to let them adventure while staying safe. According to Vet Street, their striking looks come from mixing a sable Burmese with a Siamese, while Rover.com points out that Bombay cats are similar to Burmese, but with all black coats, and both are some of "the most loving cats around."

This cat breed may look grumpy, but according to Cat Time, Snowshoes are friendly little furballs who genuinely like to interact with their human friends. These furry little things apparently love and crave human company.

Thought to be one of the oldest cat breeds in existence, the Abyssinian has a lot going in its favor. Not only are they real lookers with a striking appearance, but they are loving and outgoing, too. "If there were a Miss/Mister Congeniality award for the breed, the Aby would win it," Teresa Keiger told RD.com. That congeniality extends to other pets, too, according to Purina and they get along well with most dogs and other cat-friendly critters.

Whether their ears are folded or straight, these Scottish cats are known for their sweet temperaments. According to Cheryl Hogan of The International Cat Association (TICA)," they can be "so mellow that 'many will even let kids dress them up in doll clothes'" and love to follow their special person from room to room. They reportedly love human company and have no shame in showing it with a good cuddle. 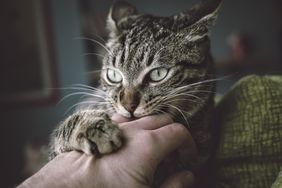 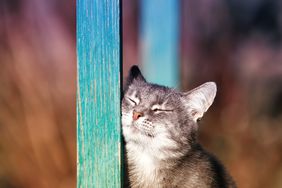 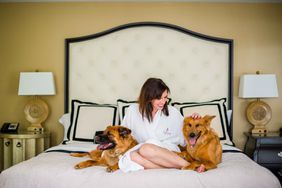