Life is a series of dogs, said comedian George Carlin. For the most part, that parade of muddy paws and wet noses and cuddles with a side of dog hair is full of heartwarming delight. Unfortunately, though, the sad truth is that dogs have shorter life spans than humans.

While there are no guarantees in life, if you want to put off that heart-breaking separation from your four-legged friend for as long as possible, these dog breeds are known for their longevity. Keep in mind that in general, small dogs often live longer than big dogs, so you'll see a lot of small dogs on the list.

These sweet pups, from an ancient Mediterranean breed, are affectionate, gentle, and fearless, according to the American Kennel Club. As with many smaller dogs, they enjoy longer lives, on average around 14 years.

Like their distant cousins the Maltese, the equally fluffy Bichon Frise can live 15 or more years, , according to Vet Street, which makes them excellent candidates to be your fluffy BFF.

These small pups with big personalities have an average lifespan of 17 years and even up to 20, thanks to the fact that according to Vet Street, they are not genetically predisposed to any serious illnesses.

Bluey, an Australian cattle dog, entered the Guinness Book of World Records by living to the ripe old age of 29 years and 5 months, setting the record for oldest dog ever. The record was set in 1939 and still stands, but many Australian Cattle Dogs have tried to beat it by living good long lives of their own.

Yorkies, as they are known, may look small and delicate, but these pups are plucky. Their oversized personalities paired with their portability make them an incredibly popular companion. Luckily for their owners, they live an average of 11-15 years, per the American Kennel Club.

These working dogs have an average lifespan of 15 years, according to dog trainer Cesar Milan's website. These pups frequently defy expectations, though, and one very good beagle lived to an amazing 27-years-old.

Jack Russells seem to have boundless amounts of energy, which keeps them going and going. While they have an average lifespan of 16 years, some have been known to keep on trucking. Per The Spruce, one Jack Russell pup named Willie entered the records at book the age of 20.

Poodles and poodle mixes tend to lead good long lives, but smaller breeds tend to live longer. Toy poodles have an average lifespan of 16 years, according to Milan's website. For folks who like a bigger breed, the AKC reports that standard poodles enjoy a similar life expectancy, between 10-18 years.

Like Chihuahuas, Pomeranians pack a lot of personality into their diminutive packages, which makes them a popular companion. Luckily, Poms have a lifespan of up to 16 years, according to AKC.

These low-riding pups tend to live between 12-16 years on average, according to AKC. Although, like the rest of us, they can have age-related health problems, particularly back issues.

These smart and personable pups with butterfly ears make excellent pets that quickly become part of the family. It's a good thing that, according to Vet Street.com, these sweet dogs can live up to 17 years. 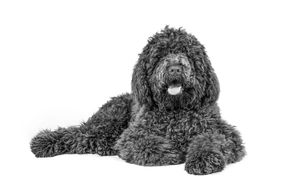 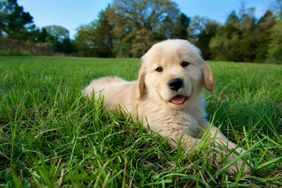