The scents emanating from the kitchen smell so good you can hardly wait to dig into a plate of turkey and dressing. Turns out those smells are also very enticing to your dog, who has been lingering around the kitchen and shooting hopeful looks at you for the past two hours. This is a special occasion, so why not share your Thanksgiving feast with your fur baby—or should you?

Veterinarians say you should think twice before letting dogs eat the turkey and trimmings. "Thanksgiving often brings an uptick in vet visits due to pets being fed unsafe human foods," says Dr. Jerry Klein, chief veterinary officer of the American Kennel Club. Here, he advises on which foods are dog friendly and which ones to avoid.

Foods That Aren't Safe for Your Dog

"Breed, age, size, and energy level all factor into how often pets should eat and how much," says Dr. Klein. Moderation is key for sharing food safely. "A general guideline is to never feed dogs weighing 40 pounds or more a portion larger than a deck of cards. For a 20-pound dog, don't exceed half of that amount, and for a 10-pound dog, no more than a quarter of the size of a deck of cards," Dr. Klein says. 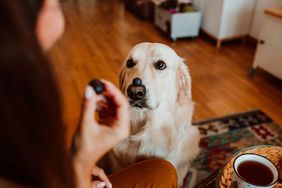 What Fruits Can Dogs Eat? 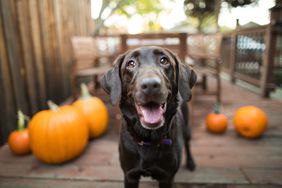 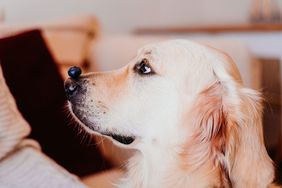 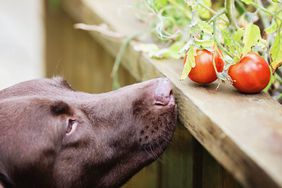 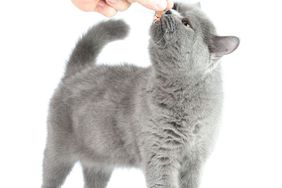 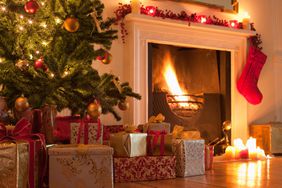 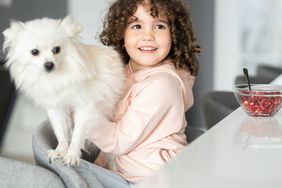 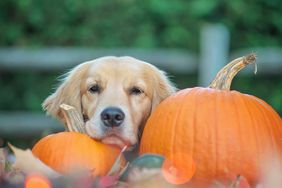 Can Your Dog Eat Pumpkin? 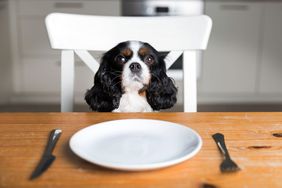