"We mustn't forget where we come from in country music."

In the aftermath of her mother Naomi's death, Wynonna Judd transformed The Judds' highly anticipated farewell tour into a star-studded "Girl's Night Out '' event featuring guest appearances by some of country music's biggest female performers.

Last week, during the tour's October 7 stop in Sioux Falls, South Dakota, Judd was joined by guest acts Ashley McBryde and Martina McBride. While they were together, the three country stars teamed up for a powerful tribute to Loretta Lynn, who had died just days earlier, on October 4.

"We mustn't forget where we come from in country music," Judd said as the audience cheered.

Lynn passed peacefully in her sleep at her home in Hurricane Mills, Tennessee, at the age of 90.

In an interview with editor-in-chief Sid Evans for Southern Living's Biscuits & Jam podcast (above), Lynn reflected on her songwriting process, and how she relied on her own life experience when crafting a tune: "When it comes to writing a song, I write about me a lot. For 'Coal Miner's Daughter,' I sat down on the back porch of the old home and just looked up the hill and started… 'Well, I was born a coal miner's daughter…' and I wrote the song. It's like writing a poem." 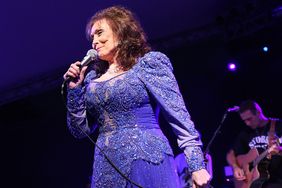 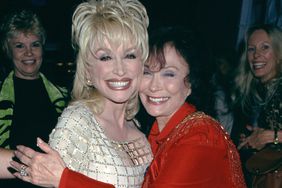