It's time to add some new tunes to your playlist.

Chapel Hart has already has quite the year, and it's not even over yet. The trio, which is comprised of sisters Danica and Devynn Hart along with their cousin Trea Swindle, first appeared on America's Got Talent season 17 in late July and have continued to gain popularity ever since. Not only have they garnered attention from country legends like Dolly Parton, Loretta Lynn, and Tanya Tucker, but they'll also be making their Grand Ole Opry debut later this year.

If you, like us, love the Mississippi trio, here are five up-and-coming Southern country artists to listen to next. These artists, like Chapel Hart, have made their mark on country music over the last year. We're sure their list of accolades and loyal fan bases will just continue to grow in the years to come.

Amythyst Kiah is a guitarist, banjo player, singer, and songwriter from Johnson City, Tennessee. She was tapped by CMT to be a part of its Next Women of Country class of 2022 and joined our Biscuits & Jam podcast earlier this year.

Barton Davies, Ford Garrard, Sam McCullough, Willard Logan, and William Reames, all raised in Nashville, make up the band known as Boy Named Banjo. The five-piece band released their debut EP, Circles, in the summer of 2021 and is on tour with Kip Moore this fall.

The 27-year-old Floyd, Virginia, native who made her Grand Ole Opry debut earlier this year was also named one of CMT's Next Women of Country class of 2022. The expanded version of her debut album includes her rendition of Elvis' "Suspicious Minds," as well as her debut single "Wilder Days".

Jimmie Allen was born and raised in Delaware, where he found his love for music and performing at church. Allen was named New Male Artist of the Year at the 2021 ACM Awards—an event he also co-hosted. When he joined our Biscuits & Jam podcast, Jimmie shared that he draws inspiration from Darius Rucker and was able to collaborate with him on his newest album.

Georgia native Meg Moroney's debut EP was released in 2022 and includes a song called "Hair Salon," which can often be head on Sirius XM's The Highway. The song vividly recounts the experience of taking a trip to the hair salon in a small town (an experience many of us are familiar with). Up next, she's releasing a song called "Tennessee Orange"—just in time for football season! 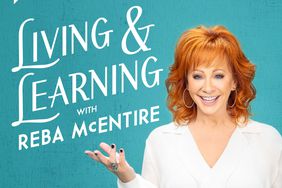