If you're a country music fan, you already know Dolly and Reba, Shania and Faith, Carrie and Taylor, and even Miranda and Martina. But what about Kitty and Cindy? Or Patsy and the other Patsy? Since country music started to take over the radio and the honkytonks, there have been a long line of women writing the songs you love and crafting the melodies you simply can't get out of your head. Here are 11 iconic female country artists that every Southerner should know, including some that might be new to you.

Patsy is one of the greatest singers of all time. Whether she was "Walkin' After Midnight" or crooning about falling to pieces, she could make you cry with a single line. Her songs are as mesmerizing and haunting as her voice. Her cover of Willie Nelson's "Crazy" was named one of the greatest songs of all time by Rolling Stone and it's hard to know how they chose just one of her many incredible contributions to honor.

Country music's other Patsy is this Arkansas crooner who rose to fame in the 1930s thanks to a memorable voice and an ability to hit all the high notes. Born as Rubye Blevins in Hot Springs, Arkansas in 1914, she grew up listening to Jimmie Rodgers's, incorporating some of his famous yodels into her own music. She changed her name to Patsy Montana in 1931, and started writing and performing songs like "I Want to Be a Cowboy's Sweetheart" and "Rodeo Sunset". She starred alongside Gene Autry in the film Colorado Sunset and performed with Waylon Jennings, before he got famous. She was inducted into the Country Music Hall of Fame in 1996.

When you're a Grammy-winning, Country Music Hall of Famer with a spot in the Grand Old Opry, there's no doubt you're a country music legend. Loretta Lynn is all of that and more. The coal miner's daughter first hit the charts with "Don't Come Home A Drinkin' (With Lovin' On Your Mind)" and has been putting out hits for half a century since. She shows no signs of letting up, either, releasing a Grammy nominated album in 2016.

Musical talent runs in Loretta Lynn's family. Her sister Crystal Gayle, originally Brenda Gail Webb, started singing at a young age, but broke into the country charts with her first single, "I've Cried (The Blues Right Out of My Eyes)," which was written by Lynn. Gayle followed it with a string of hits, like "I'll Get Over You" and "Don't It Make My Brown Eyes Blue," and eventually becoming the first female country artist to go platinum.

Tammy Wynette earned the title of the First Lady of Country Music thanks to a string of hits, including the country classic, "Stand By Your Man," recorded in 1968. She had plenty of other hits, too, "Take Me to Your World" and "D-I-V-O-R-C-E", which both went to No. 1 on the charts. Along with the critical accolades she earned, including three consecutive CMA Female Vocalist of the Year awards and more than a few Grammy Awards, she also earned fans like Dolly Parton and Loretta Lynn, who collaborated with her on Honky Tonk Angels.

We love to celebrate our talented Southern musicians, and we've rounded up a bunch of iconic voices that have defined the world of country today. From Tammy Wynette to George Strait to Hank Williams, we think these folks paved the way for modern country music. Who would you add to the list?

The Queen of Country Music earned her title through years of hard work, first as a family affair and later, on her own. Wells started out singing with first with her sisters, singing on Nashville radio as the Deason Sisters. She then teamed up with her husband Johnnie Wright, before striking out on her own, when her breakthrough song, "It Wasn't God Who Made Honky Tonk Angels" stayed at No. 1 for six weeks. The pioneering vocalist was inducted into the Country Music Hall of Fame in 1976.

Brenda Lee was a child prodigy who was performing rockabilly hits on the national stage from a young age. Known as "Little Miss Dynamite", she grew up to be a teen idol and then one of the first artists to crossover between pop and country, thanks to her ability to write songs that appealed to almost everyone. She had a string of Top Ten hits like "I'm Sorry," "I Want to Be Wanted," and "Emotions." Due to her crossover appeal, Lee is a member of the Rock and Roll, Country Music, and Rockabilly Halls of Fame.

She hit the top of the charts with her 1955 song, "A Satisfied Mind" and followed that success with a string of hits. She was invited to join the Grand Ole Opry in 1956. In 1963, her husband, Hawkshaw Hawkins, was killed in the same plane crash that cost the world Patsy Cline. Shepard channeled her grief into her music, releasing songs like "Second Fiddle (To an Old Guitar)," "If Teardrops Were Silver", and "Then He Touched Me". She was conducted into the Country Music Hall of Fame in 2011.

As members of the Carter Family these two cousins helped redefine American music. Maybelle helped popularize a new style of guitar picking, which is still used, and their harmonizing techniques can still be heard on the radio today. They rose to popularity In the 20s and 30s with their theme song "Keep on the Sunny Side" in heavy rotation across the country. Eventually their daughters joined in the act, too, making it even more of a family affair. The group broke up in 1943, and Maybelle started her own act with her daughters. In 1967, Maybelle and Sara reunited for an album. In 1970, the Carter Family fittingly became the first group to be inducted into the Country Music Hall of Fame.

Walker's name may not be as well known as Patsy or Loretta, but her influence is just as strong. She wrote over 100 songs like "You Don't Know Me", "Bubbles in My Beer", and "Blue Canadian Rockies" that were covered by artists like Bob Wills & His Texas Playboys, Gene Autry, Ray Charles, Bette Midler, Michael Bublé, and even Elvis Presley. Walker didn't just write songs, though, she also sang, releasing her own album in 1964. Walker's songs have earned her a lot of fans, including Willie Nelson who released a tribute album in 2006, called, You Don't Know Me: The Songs of Cindy Walker.

It's hard to imagine now with artists like Carrie Underwood and Lady Antebellum dominating the awards show, but West was the first female country artist to win a Grammy Award for her song "Here Comes My Baby." West was mentored by her friend Patsy Cline, who helped her carve a path through the male-dominated country scene. She rose to fame in the 1960s thanks to songs like "Would You Hold It Against Me," "Paper Mansions," and "Like A Fool." She teamed up with Don Gibson, releasing an album as Dottie and Don in 1969, and worked with Kenny Rogers in the 1970s, releasing the song, "Every Time Two Fools Collide." She died too young 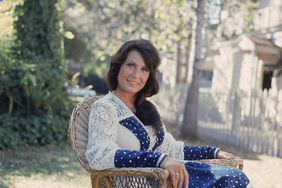