It’s quite the operation.

Few sandwiches are surrounded by as much folklore and mystique as the Masters' pimento cheese sandwich.

It's hard to imagine a $1.50 sandwich being the source of fierce adoration and controversy, but this is Augusta National we're talking about. The place that cajoles 40,000 golf fans into three days without cellphones.

The modest meal has had a hold on Masters patrons for 20 years, and not just because its price has managed to stay so comically low. There's just something about pimento cheese smeared between two humble slices of white bread that works in the setting.

Despite its fame—and like all things Masters related—details surrounding the sandwich's recipe and preparation are shrouded in mystery. So, you can imagine our delight when we came across David Westin's recent interview with a tournament operations employee in The Augusta Chronicle.

Westin spoke with Dougie Milne, a junior at Florida State, who reportedly spent three nights making sandwiches for this year's Masters Tournament. Milne, a first timer, was more than happy to speak about the experience.

Milne told Westin that he and approximately 280 other workers made "probably well over 100,000 sandwiches" per night. He said the secret operation took place behind closed blinds in a building that resembled a former supermarket.

"It's one big building; it kind of looks like a Publix," Milne told the newspaper. "Half of it is just for sandwiches and a couple of big coolers to keep the food. There is a big kitchen and a dining area."

Naturally, Augusta National could neither confirm nor deny this information.

By Milne's account, the pimento cheese sandwich is actually the hardest of the six sandwiches to make.

"It's hard because after they make (the pimento cheese), it sits in a freezer and if it isn't thawed out enough, it gets tough and thick," he said. "Sometimes you have wait for it to thaw out and get a little softer. Because if it's too thick when you scoop it, it can rip the bread."

Another interesting tidbit? Each sandwich is weighed for uniformity.

"The entire sandwich is supposed to weigh about 4.25 ounces, but sometimes that bread is a little thicker and it's going to weigh more," Milne said. "Normally, I don't exceed 4.5 ounces and I won't go anything less than 4 ounces. Sometimes you get too big a scoop and have to cut some of it off."

"Honestly, it's been an amazing experience," he told Westin. "I've met so many great people that worked for the Masters for years on end." 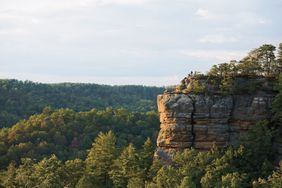 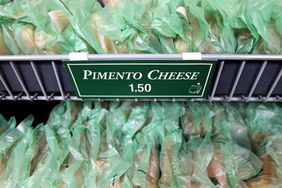