One woman’s groundbreaking journey from Alabama to outer space.

Mae C. Jemison is a pioneer in more ways than one. In 1992, as a mission specialist aboard the Space Shuttle Endeavour, Jemison, the first Black female astronaut, also became the first Black woman in space.

The youngest of three children, Jemison was born on October 17, 1956, in Decatur, Alabama. Her father Charlie was a roofer and carpenter, while her mother Dorothy worked as an elementary school teacher.

Jemison was three years old when her family moved to Chicago. There she was introduced to science by her uncle and started developing interests in anthropology, archaeology, evolution, and astronomy. She also developed a passion for dance that she carried throughout her life.

"As a little girl growing up on the south side of Chicago in the '60s I always knew I was going to be in space," Jemison said during a 2013 lecture at Duke University.

While her family cultivated her interest in science, Jemison's teachers weren't always encouraging.

Nevertheless, by the time she was in high school, Jemison had set her sights on a career in biomedical engineering. The precocious teen entered Stanford University at the age of 16, graduating in 1977 with a B.S. in chemical engineering and a B.A. in African and African American studies.

Jemison went on to Cornell Medical School, where she balanced her studies with classes at Alvin Ailey American Dance Theater. After receiving her M.D. in 1981, she worked for a short period as a general practitioner. A staff role with the Peace Corps then took her to Liberia and Sierra Leone between 1983 and 1985.

It was Sally Ride's historic flight that inspired her to finally pursue her childhood dream of going to space. In October 1985, two years after Ride became the first woman in space, Jemison applied to NASA's astronaut training program. Unfortunately, the Space Shuttle Challenger disaster postponed the selection of new candidates. She reapplied in 1987 and was one of 15 chosen out of roughly 2,000 applicants to be in the NASA Astronaut Group 12.

Jemison left NASA in March 1993 and went on to teach at Dartmouth College. She later founded the Dorothy Jemison Foundation, an organization that gives students the tools they need to improve society. Jemison remains a strong advocate for science and education.

Jemison is the current principal of 100 Year Starship, a joint project between the U.S. Defense Advanced Research Projects Agency (DARPA) and NASA, which seeks to acheieve interstellar travel within 100 years.

"Don't let anyone rob you of your imagination, your creativity, or your curiosity. It's your place in the world; it's your life," Jemison famously said. "Go on and do all you can with it and make it the life you want to live." 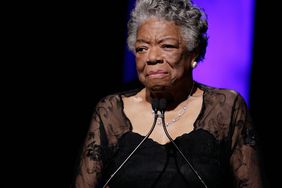