While every Southern dad is different and special in his own way, there are just some things that many of our fathers all seem to do. These "dad things" are particularly quirky, from never letting anyone touch the thermostat (even in the summertime) to being the family dog's favorite (he swears that he didn't want the dog in the first place) to insisting upon doing every home-improvement job himself (instead of paying someone). Dads—you can't live with them, you can't be constantly reminded to get your oil changed without them.

The peak of Southern dad energy can best be observed when he's sitting in his favorite chair: his nap chair. Typically a spot in the living room where no one else ever seems to sit, a nap chair is something that fathers seem to magically manifest after the age of 40. No one knows where the chair came from, or when it became only his designated area, nor how it's comfortable enough to foster a relaxing snooze, hand still gripping the television remote while Seinfeld reruns stream in the background at full volume. You know, because his hearing isn't what it used to be.

When does the nap chair come into play? Somehow, there are infinite scenarios. After a big meal of classic comfort food on a Sunday afternoon, you can hear the snores before you see him leaned back in total nap mode. Following a Saturday spent mowing the lawn, the chair beckons to him after a tall glass of sweet tea. Movie night after dinner? Forget about him remembering anything past the second scene. Need help cleaning out the attic? Too bad. He's napping.

Nap chairs aren't really that bizarre of a phenomenon, either. Southerners have long known about sleeping porches, and while sleeping porches aren't quite as popular as they once were, we're still big fans of a breezy afternoon snooze. Plus, these retro lawn chairs are notorious for bringing on an outdoor repose—with sunscreen and bug spray, of course.

The real truth about Southern dads and their nap chairs is that we're all really just jealous. To be able to go to sleep so easily, to be blissfully unaware of anything happening around, and to be able to say with a straight face that he was just "resting his eyes" afterwards is a skill seemingly only honed by the most fatherly among us. (Don't even get us started on granddads.)

Odds are, he lost plenty of sleep when raising his kids, so perhaps it's deserved. As long as Mama gets a nap chaise, too. 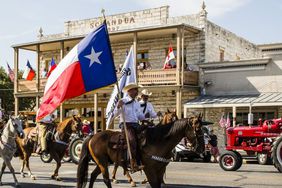 Have You Ever Heard of Sunday Houses? This Texas Tradition Goes Way Back in History 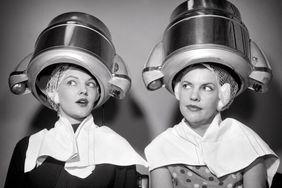 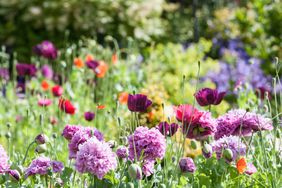