"Kids were crying, kids were happy. And that's what it's all about."

Shaquille O'Neal has done it again.

The do-gooding NBA legend recently revealed that he handed out 500 PlayStation 5 consoles and 500 Nintendo Switches to underprivileged children for Christmas.

During an interview with entrepreneur Gary Vaynerchuk on his podcast The GaryVee Audio Experience, O'Neal said he surprised students at Wesley Lakes Elementary School in McDonough, Georgia, with the coveted gaming systems on December 20.

The father of six said he used his connections to make the annual Shaq-A-Claus event even more magical. (PlayStation 5 consoles retail for $499; Nintendo Switch systems start at $300.)

"I called, you know, my friend from Nintendo Switch," O'Neal explained. "Ordered about 1,000 Switches and 1,000 PS5s. I went to Walmart and got bikes. So, you know yesterday, at this little elementary school in McDonough, Georgia, kids were crying, kids were happy. And that's what it's all about."

The 7′ 1" basketball great has never missed an opportunity to make someone smile. Last year he helped a stranger at a jewelry store in McDonough pay off an engagement ring simply because he could.

"I'm into making people happy so whenever I leave the house, I try to do a good deed every day," O'Neal explained on NBA on TNT after news of the gesture went viral. 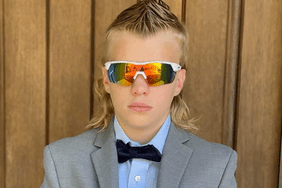 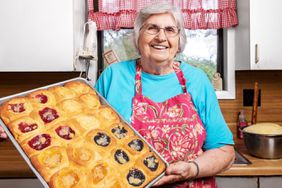 Lydia Faust, the Queen of Kolaches in Snook, Texas, Teaches the Importance of Tradition