Rick Bragg: A Special Thank-You to the Healthcare Heroes

Giving thanks to medical workers for treating us better than we deserve.

I have always been scared of nurses, Southern ones especially.

Nurses give shots—and like it. They draw blood, digging for the vein with what they claim is a needle but sometimes feels more like a broken bottle or an old television antenna or a tenpenny nail. They march you on the treadmill till you gasp and beg. They make you drink chalk…and, I think, plutonium.

Nurses, even if they weigh only 90 pounds, can throw you around on the X-ray table like you’re a big sack of corn.

When you inadvertently sucked a plastic poinsettia berry up in your nose back when you were in second grade, they went digging in there for it using what seemed at the time to be a set of post-hole diggers. But enough on that.

Nurses tell you that you’ll feel “a bit of pressure” or “a little pinch” and proceed to call you “Hon,” like that makes it all better.

Then came the age of the pandemic, and my opinions on nurses changed. Oh, I am still scared of them and break a sweat when I hear them sneaking down the hallways in those comfortable shoes. But in this time of Thanksgiving, what I mostly feel is grateful. I have decided that I love nurses and almost love doctors—as much as I can love anyone who begins every visit by writing down how much I weigh.

For months, I’ve watched healthcare workers in this country throw themselves at a threat we haven’t faced in 100 years, seen them work without the tools or protections they needed. Like all of you, I’ve watched men and women risk their own lives, exhausted, seen them cry out in frustration and real fear and then just wrap themselves in homemade plastic gear and do their jobs anyway.

And they did it all in a country where so many people didn’t believe in the virus that was killing them or the science that was saving them. Some of the health-care workers got sick and died because there was just no way to really, truly protect themselves in hospitals where patients were wall to wall, in hallways, and in civic centers.

They risked their lives and sacrificed themselves even as some people on the streets bellowed that it was their constitutional right to refuse to wear a mask, to party on crowded beaches, to do shooters in packed bars. It would have served us right if the nurses had stuck us in a waiting room and left us there till our dried, dusty bones tumbled to the floor.

Their fight continued even as I sat down to write this. I wish we were smarter. I wish all of their sacrifices were not necessary. Until that day comes, a thank-you is all I’ve got. 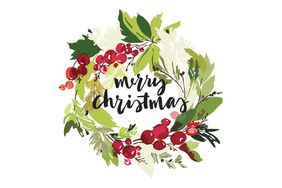