See a clip of the surprise performance.

Reba McEntire treated guests at her son's wedding with a surprise performance of her most well-known hit, "Fancy."

The country legend's son, Shelby Blackstock, married Marissa Branch at Walt Disney World in Orlando on February 12. According to a People exclusive, the celebration began with a cocktail hour and dinner at Rotunda Bistro at Epcot before moving to the Magic Kingdom for a moon-lit ceremony after the park closed.

"Epcot was the first place Shelby said 'I love you' and where he would later propose," Branch, a self-proclaimed Disney princess, told People. "Some of our happiest times together have happened at Epcot, so celebrating our nuptials there just made sense!"

The reception included a mother-son dance to McEntire's Top 40 smash "You're Gonna Be (Always Loved by Me)" from 2005, and later, a live performance by the Hall of Famer herself.

Musician Zach McCabe shared a video of McEntire, dressed in an elegant black gown, delivering a rousing rendition of the 1990 single.

"When mama @reba drops the heat at the wedding reception," McCabe captioned the clip on Instagram.

Shelby, a former race car driver, is the only son of McEntire and her ex-husband Narvel Blackstock. The 31-year-old popped the question to his longtime love in front of Spaceship Earth at Disney's Epcot theme park in January 2021.

Shelby's older half-brother is Brandon Blackstock, the ex-husband of Kelly Clarkson. He also has two older half-sisters, Shawna and Chassidy. 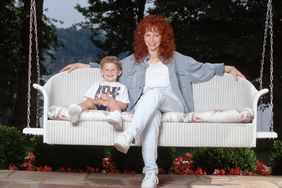 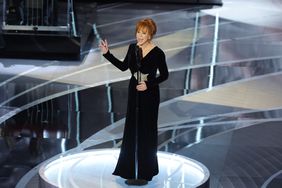