Joanna Gaines on Growing a Garden and Raising a Happy Family

She shares her secrets with us.

Late last fall, I made the trip down to Waco, Texas, for a visit with Joanna Gaines, the Fixer Upper star who has almost single-handedly redefined the aesthetic of Southern homes. Driving up to the pretty white farmhouse (which she and her husband, Chip, began restoring in 2012), I was struck by how understated and approachable it is. The simple frame house with its wide porches, modern lines, and tin roof is tucked in the shade of huge oak trees under a big blue Texas sky. Around back, it's a kid's paradise with a pool, a hammock, a basketball goal, a disc golf target, a big tree house in an adjacent field, and a few family dogs lying around. If I were Joanna, I might never want to leave.

We set up our photo shoot in front of her garden "shed," which feels more like an artist's studio—and, in fact, Joanna does do some painting there, surrounded by a collection of antique gardening books. As her kids have grown, the garden has become a beloved family project as well as an escape from the chaos of their busy lives. A cleverly designed chicken run surrounds a grid of raised beds, which at the time held a mix of flowers, herbs, and lettuces. When Joanna came out to greet our small crew, she was warm, welcoming, and totally at ease (though she seemed a little stressed that she hadn't started her Christmas shopping). We finished the shoot and sat down at her farm table in the shed for a video interview.

Only later did I realize how much this garden symbolizes everything that Joanna does. In just a few years, she has starred in a hit TV show, opened a store and a restaurant, launched a magazine, done seemingly endless renovations, expanded her family (baby Crew, her fifth child, was born last June), and written several bestselling books. Her new one, We Are the Gardeners, which she wrote with her other children (Drake, 14; Ella, 12; Duke, 10; and Emmie, 9), will be published this month. It's about the patience, dedication, and care it takes to grow things.

"The time when we're in the garden as a family is so special," she told me. "The other day, I was out here with Emmie drying flowers. Our goal is to put some in every book so one day, in 20 years, that will be our little memory together." 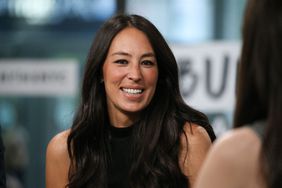 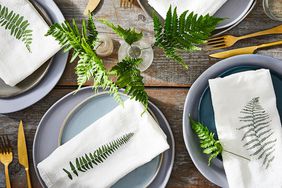