Could the star be any more relatable?

It's no secret that we're big fans of Jennifer Garner. Despite her successful acting career and immense fame, the 49-year-old mom of three is as down-to-earth as they come. She's all about paying it forward and keeping her Southern roots alive through the kindness she shows other.

In a recent TV appearance, on The Late Late Show with James Corden to promote her new Netflix sci-fi film The Adam Project, Garner gave us yet another reason to love her—and it has more to do with failure than it does success.

Last Wednesday, Garner joined host James Corden and fellow guest Greg Kinnear of Shining Vale to talk about their latest projects. The conversation turned to parenthood and Garner and Kinnear revealed that they have children who attend the same school. With a bit of prompting from Corden, who had obviously been briefed on the story, Garner decided it was time to 'fess up to a mistake she made that involved Kinnear, a whole host of other parents, and an errant email.

"I'm sweating to even say it," Garner started. "I had a mom fail. This is true. This is a true confession. [Greg and I] have kids who do the same activity, and I emailed the coach one weekend kind of being funny about my kid and saying, 'This one seems to be getting a little whomped this weekend. What does that mean for tomorrow morning? Because we have something planned."

She continued: "I thought I was being funny. I have wonderful kids. They do really well. They're great. It turns out, it's the one time in my life I replied all. I replied to everyone on the team, to every parent, including you [Kinnear]."

Garner, still clearly mortified by the mistake, then asked Kinnear if he remembered the specific mishap. "Did you guys feel like 'Ah gosh, man, I thought she was nice. What a jerk,'?" she asked.

Kinnear couldn't resist giving her a hard time saying, "I do remember. I remember thinking Jennifer Garner is a raging lunatic. Sweet enough, but I had no idea."

WATCH: Watch Jennifer Garner and Her 83-Year-Old Mama Work Out Together in Adorable Video

He then dialed the jokes back, admitting that he too has been guilty of accidentally replying all. "When you know you're not supposed to be the recipient of it, you feel like you're peeking in someone's windows a bit. I didn't really look at it. There was no judgement of Jennifer Garner," he admitted.

Like everything else she does, we happen to find this particular "mom fail" utterly adorable and so relatable. So the next time you encounter a complete "parent fail" moment, just remember Jennifer Garner does it, too! 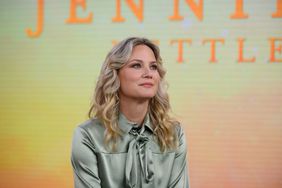 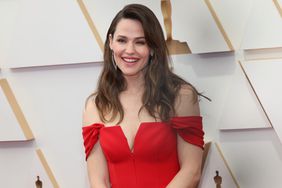 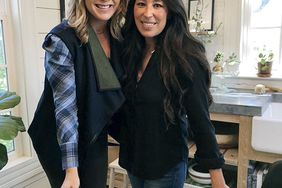 Joanna Gaines and Jenna Bush Hager on Why Motherhood is 'Everything'