Harry Connick Jr. Teaches Hoda Kotb and Jenna Bush Hager How to Play "When the Saints Go Marching In"

The singer has never been shy about his love for the Saints and the city of New Orleans.

Hoda Kotb and Jenna Bush Hager took their show on the road yesterday for a special New Orleans-themed episode of Today. The pair set up in Jackson Square, where jazz musicians and a crowd of screaming fans welcomed them with plenty of Southern hospitality and a touch of Cajun flair.

"Let me tell you this is the best place on earth," Kotb, a native of Norman, Oklahoma said. "It's my very first real love affair with a city and it maintains that."

We loved following along with Kotb and Hager's Big Easy fun, from chowing down on beignets to getting decked out for Mardi Gras in sparkly jackets and headpieces. But the icing on the (king) cake was when the two met up with native son, singer Harry Connick Jr.

Connick Jr. came on the show to talk about his new project Neutral Ground, an online community where fans can come together and connect around some of Connick's biggest passions: music, food, and family. Neutral Ground launches March 29 with the premiere of Piano Party, an online piano course where you can learn to play from the king of the keys himself.

Connick Jr., who never passes up a chance to shoutout his favorite NFL team or expound on his love for the city, took the opportunity to do a little of both—and pilot his new course—by teaching Kotb and Hager to play "When the Saints Go Marching In" on the piano.

"I hope it works, because if it doesn't, we're going to have problems when this thing launches," he joked.

Connick Jr. had his work cut out for him, as Hager revealed she once got kicked out of piano class and Kotb admitted her piano playing experience ended after mastering "Chopsticks".

Luckily, Connick Jr. is a pro and was able to successfully lead the talk show hosts in playing the chorus of the song. Things started off a bit shaky and more than one wrong note was struck, but by the time Connick Jr. took over with his jazzed-up version of the song, it was a bonafide New Orleans street party.

After the performance was over, Kotb gushed, "I'm so happy right now!"

To which Connick Jr. agreed, "That was actually pretty darn good." 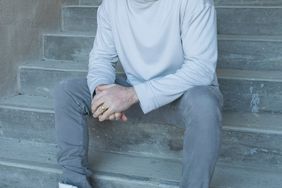 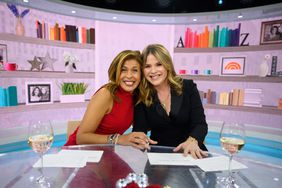 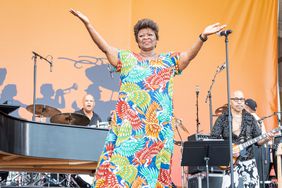 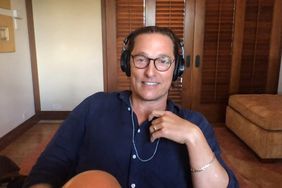