Helen is going to be very happy about her new four-legged friend!

It's been a big week for Ben and Erin Napier's adorable four-year-old daughter Helen. In addition to taking her first piano lesson, she became a big sister yet again, and this time to a sibling of the four-legged variety!

That's right, seven months after the passing of their dog Baker, the Home Town hosts are welcoming a new pup into the family. Erin announced her family's latest addition in an Instagram post yesterday, writing "Our dog Baker passed last July and anytime Helen gets tired and emotional, oh she crushes us!"

In the first slide of the post, you see Helen hiding under a blanket telling Erin how much she misses Baker. In the video, you can hear her say, "Everything was good with Baker. Now I don't have Baker, and now I'm just lonely without a friend at my house."

Erin points out that to Helen that she has her friends Lucy and Lottie to play with, but Helen isn't consoled.

The second half of the announcement post features a photo of Ben sitting in the driver's seat of his truck with an adorable fluffy pup in his lap.

Congrats to Helen and the entire Napier family on their new furry friend! 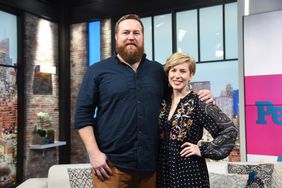 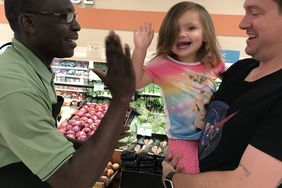