Stay In A Historic Train Station At This Memphis Hotel

Over the decades, the city of Memphis gained its reputation through many channels. Barbecue and blues are two of its major claims to fame, but historic hotels are a close third. And those overnight options just keep getting better. A new property, Central Station Hotel, has reimagined a historic Memphis train depot to create a one-of-a-kind experience that evokes the excitement of rail travel cloaked in midcentury style.

According to the hotel’s website, “The Central Station has stood watch over South Main Street in downtown Memphis for more than 100 years, a direct reflection of the success, struggle, and spirit of the city that grew up around it.” The building opened in October 1914 as Grand Central Station, a hub for the Illinois Central Railroad. That mode of travel, and therefore use of the building, declined during the latter half of the 20th century until a $20 million renovation at the turn of the millennium brought it back to life.

Though train travel has dwindled in popularity, it’s not entirely a thing of the past. According to the hotel’s website, “The Central Station Hotel remains an active train station, served daily by the City of New Orleans and the local Main Street trolley line.” It’s easy to hop aboard and head into town for a stylish stay.

When you book your stay at Central Station Hotel (full name: The Central Station Memphis Curio Collection by Hilton), you’ll be surrounded by midcentury designs and nods to the original heyday of the station. Today, the hotel offers 123 guest rooms, each with views of the neighborhood (historic South Main) or the Mississippi River.

Music is also a big part of the experience. Curated playlists offer mood-setting soundtracks on each day of your stay (sample a few here), and there’s a collection of 500 vinyl albums in 8 & Sand, the listening lounge and bar where craft cocktails with names like The Caboose and French Connection are also on offer alongside martinis and old fashioneds. Bishop is the hotel’s onsite restaurant, and within its walls chefs Andy Ticer and Michael Hudman are serving French brasserie-inspired plates like duck a l'orange alongside dishes infused with Memphis flair. They’re open for brunch, dinner, and dessert with in-room dining menus too.

If a trip to Memphis isn’t currently in the cards, you can take a virtual tour of the property on their website to see some of the hotel’s marvels of design and architecture. Indulge your love of train travel and historic buildings–this new hotel is an invitation to do just that. Learn more at centralstationmemphis.com. All aboard! 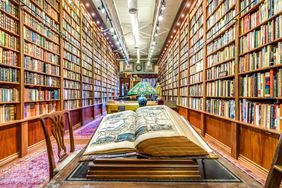 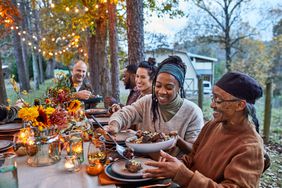