Get to Know Caitlyn Smith

Singer, songwriter, and musician, Caitlyn Smith has made a name for herself as one of the most exciting young talents in country music. She grew up in the small town of Cannon Falls, Minnesota, where her Sundays were spent singing in church or enjoying the land of 10,000 lakes, but in the last decade she has left an indelible mark on Nashville. In this episode, we talk about memories of helping her mother cook at their family's bed and breakfast, how she fell in love with songwriting, the email to Patty Griffin that helped kick off her career, and her introduction to Southern food. Plus, Caitlyn recalls the first time she heard the recorded version of "You Can't Make Old Friends," the hit song she co-wrote for Kenny Rogers and Dolly Parton.

What Caitlyn Talks About in This Episode

*Growing up in a small town

*Her passion for cooking

*The bed & breakfast her parents owned and operated

*The influence of music in her home growing up

"There is something that's really soul filling to just come home, and be in my own kitchen, and be able to be creative with cooking something."

I found really quickly, you can have the best voice in the world but what sets you apart and gives you a long career, I was seeing, was great songs.

"I would wake up every summer morning to the smell of bran muffins or blueberry muffins, and my mom made this ridiculous egg bake. It was such a beautiful memory because I would help her plate the breakfasts, and then bring them out to the guests. And we'd use the good china, and it's such a fun memory that I have with my mom."

"I love to try out new restaurants, and a really fun part about my job is getting to try out different food in different cities. But there is something that's really soul filling to just come home, and be in my own kitchen, and be able to be creative with cooking something. it's just a different way to use your creativity, and it is therapy for sure."

"We always had a radio on in my house, music was a constant. But it was changing. A lot of country music, 90s country, so, I listened to a lot of Garth and Trisha, Martina McBride, Alison Kraus was my first, favorite record. My dad listened to a lot of classic rock, my parents love songwriters Paul Simon and Carole King, it just really was a lot of different music all throughout my childhood."

"I didn't know the extent of Southern food until I went to this thing called a meat and three. It was a place called Monell's and it's actually family-style, and you sit down, and they pass all the food, and you get the biscuits with the cheddar in them, and just so much gravy. I remember this day very vividly, because I remember being like, this is insane, this is so heavy but outrageously delicious."

Download and listen to this episode of Biscuits & Jam with Caitlyn Smith on Apple Podcasts, Spotify, Amazon Music, or everywhere podcasts are available.

Get a transcript of the full interview with Caitlyn Smith. 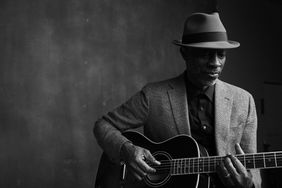 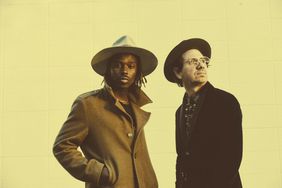