Chef Nicola Blaque is a restaurateur and chef based in San Antonio, Texas. She is the executive chef and owner of the Jerk Shack, a Jamaican-inspired restaurant in San Antonio. The restaurant, which offers fare like jerk chicken, braised oxtail, and more quickly became a staple after opening in 2018. She also opened Mi Roti, a Caribbean concept at the Pearl district in San Antonio, in the summer of 2020 and has major plans for expansion throughout the city. In addition to running concepts that have been recognized by GQ, Eater and more, Chef Blaque is an Army Veteran, a graduate of The Culinary Institute of America in San Antonio, a private chef for members of the San Antonio Spurs, a wife and a mom. Born and raised in Jamaica until she was five years old, Chef Blaque is passionate about introducing people to the flavors of the Caribbean. 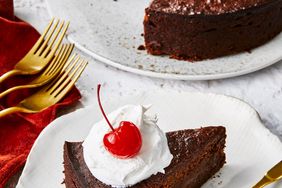