James Beard Award-winning Chef Chris Shepherd is chef and owner of Underbelly Hospitality in Houston, which includes Georgia James, Georgia James Tavern, Wild Oats, Underbelly Burger and Pastore. Chris was named one of the 10 Best New Chefs in America by Food & Wine in 2013 and was then awarded the 2014 James Beard Award for Best Chef: Southwest. Chris was a semifinalist for the James Beard Award for Outstanding Chef in 2019 and was named Robb Report's Chef of the Year the same year. Chris' first cookbook, Cook Like a Local: Flavors that Will Change the Way You Cook—and See the World, published by Clarkson Potter in September 2019, was nominated for a 2020 James Beard Foundation Book Award. Chris' foundation Southern Smoke has distributed nearly $10 million directly to people in the food and beverage industry in need via the Emergency Relief Fund. 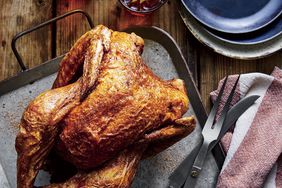